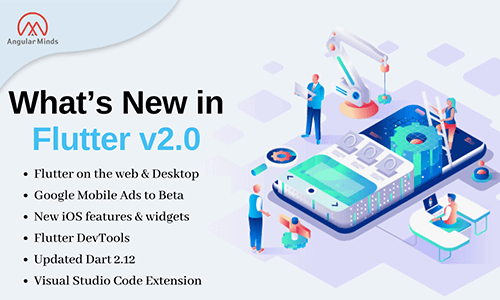 Google has unveiled the second generation of open source UI development platform Flutter, which has entered general availability to help app makers build cross-platform software from the same codebase. Ever since Flutter 1.0 has released in 2018, they have closed 24,541 issues as well as merged 17,039 PRs from 765 contributors. The release of Flutter 2.0 was more of a celebration to highlight Flutter’s continued transition beyond mobile to support applications where ever they are. This upgrade ushers in a range of new features of Flutter extended support (somewhat) to include web apps, macOS, Linux, Windows, and even embedded devices.

Flutter is a software tool that is used by developers to build applications that function effectively even when written from the same codebase. For quite some time, Flutter for desktop was held at the alpha stage which was only limited to changing APIs, bugs, and performance issues.  However, Flutter 2 features the beta version with stability but it isn’t completely set, as per Google. It is up for production use however may find some bugs in there.

Flutter Version 2.0 has drip-fed users with its full support for these additional operating systems to all users like web apps, macOS, Linux, Windows, and more. It is going to be easier for developers to build applications from largely the same shared codebase, that run as if native on desktop, web, and mobile. In this blog, we are about to find out about some of the new features of Flutter 2.0.

The “write once, run anywhere” or WORA was a long-held ambition among developers as one of the main features of Flutter v2.0.  The unique intricacies of every stage from screen size and strategies for client collaboration to the programming language on which they are assembled have implied that WORA has been a fancy concept. There are a lot of other exciting highlights that we can witness as a part of the Flutter version 2.0 release. Come let’s have a look features of flutter 2.

Flutter on the web 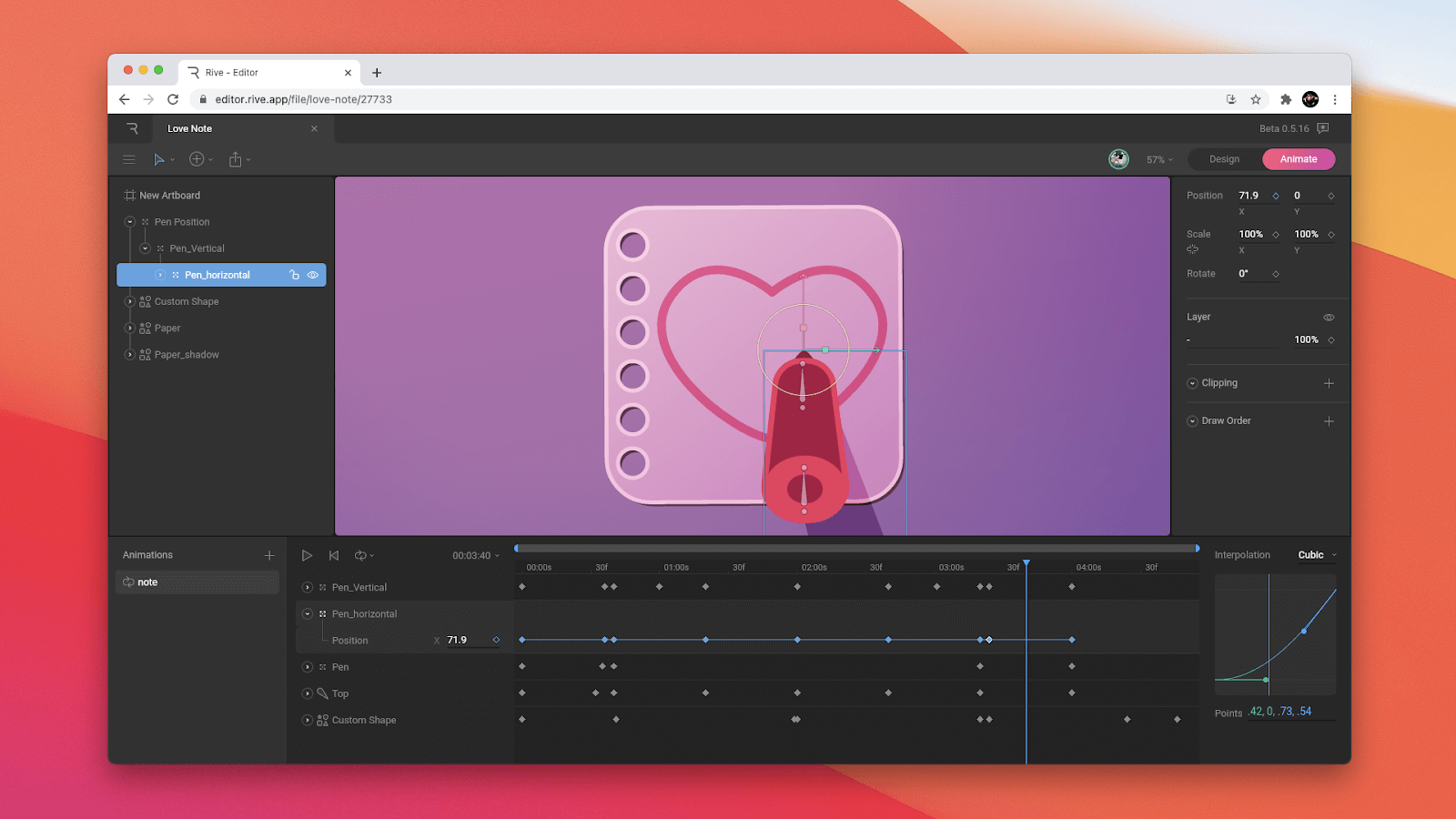 Starting today, Flutter's web support has progressed from beta to the steady channel. With this underlying stable delivery, Flutter pushes the reusability of code to another level with the help of the web platform. So now when developers make a Flutter application in stable, the web is simply one more device target for your application.

By utilizing the web platform’s numerous qualities, Flutter 2.0 developed an establishment for building rich intuitive web applications. They mainly focussed on performance and improvements rather than rendering fidelity. In addition to the HTML renderer, they have a new CanvasKit-based renderer along with certain web-specific features,  to ensure your application running in the program feels like a web application.

Flutter on the desktop 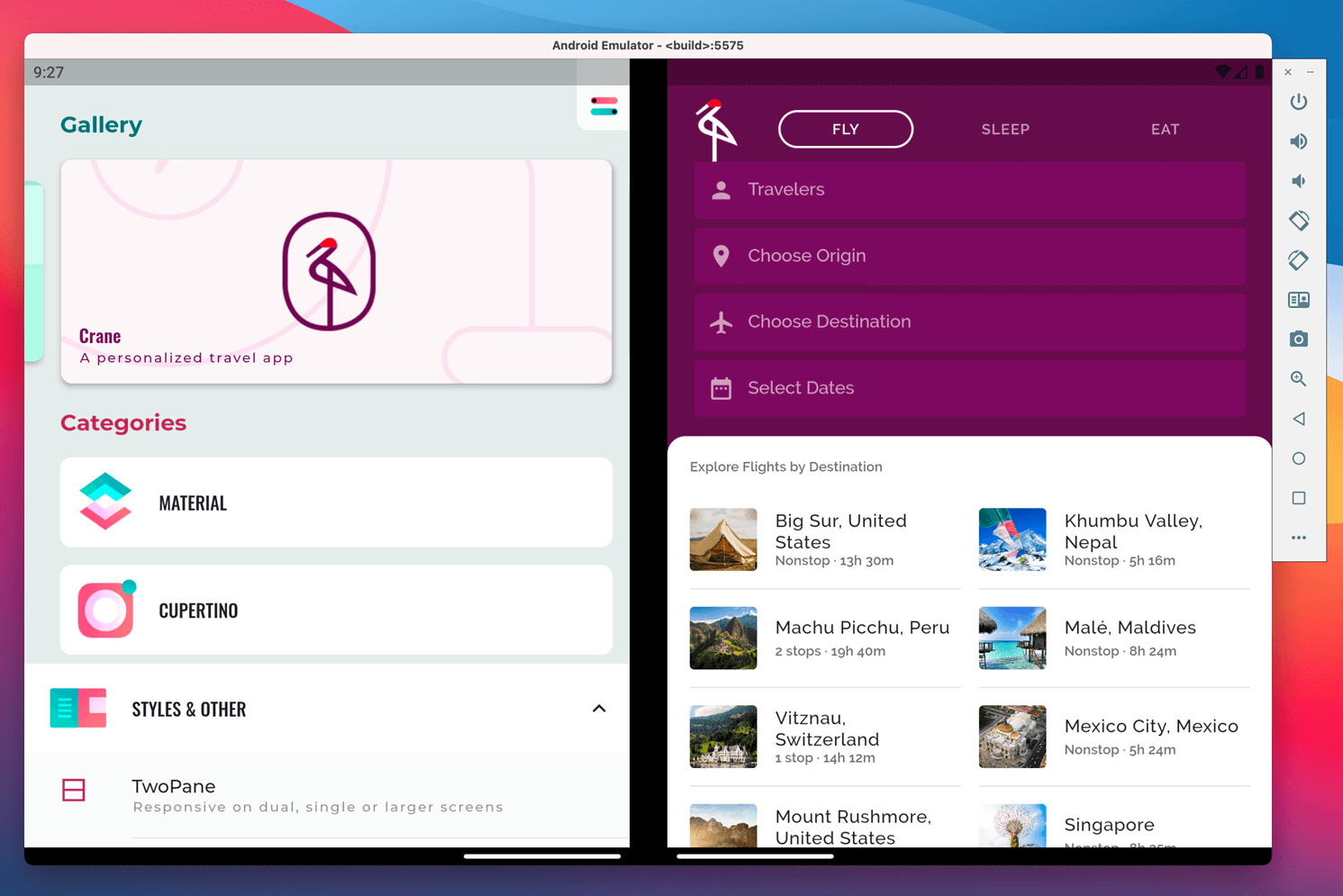 In Flutter Version 2.0,  we get to experience Flutter’s desktop support in the stable channel. This means that the version is prepared for the users to check out as a deployment target for the Flutter applications.

To bring Flutter desktop to this level of sophistication and detailing, there have been enhancements of all shapes and sizes, beginning with attempting to guarantee that content editing works like the local experience on every one of the supported platforms, including basic highlights like content determination pivot points and having the option to stop the dispersion of a keyboard event whenever it's been taken care of.

On the mouse input side, hauling with a high accuracy pointing device now starts promptly as opposed to waiting for the lag needed when taking care of touch input. Likewise, an inherent setting menu has been added to the TextField and TextFormField gadgets for Material and Cupertino plan dialects. At last, grab handles have been added to the ReorderableListView gadget.

Flutter 2 features extra desktop-specific usefulness, that empowers command-line argument handling with Flutter applications so that simple things like a double tap on an information document in the Windows File Explorer can be utilized to open the record in your application.  The team has also additionally endeavored to make resizing a lot smoother for the two Windows and macOS and to empower IME (Input Method Editors) for global clients.

With regards to attempting the beta for Flutter desktop, you can get to it by changing to the beta channel as expected as well as setting the config flags for the platforms you're focusing Furthermore, the team has likewise made a preview of the beta pieces accessible on the stable channel.

Since Flutter version 2.0 supports three stages for production applications (Android, iOS, and the web) and three more in beta (Windows, macOS, and Linux), a natural inquiry emerges: how would you compose an application that adjusts well to numerous diverse form factors (little, medium, and large screens), distinctive info modes ( keyboard, touch, and mouse) and various idioms (mobile, web, and desktop)? To address this inquiry for ourselves just as for Flutter designers all over, the team commissioned the Flutter Folio scrapbooking application.

Folio is intended to be a simple illustration of an application that you'd need to run well on different stages from a solitary codebase. Furthermore, by "well," we imply that it looks great on little, medium, and large screens. This sort of application is called  "platform adaptive" on the grounds that it adjusts well to whatever stage it's running on. 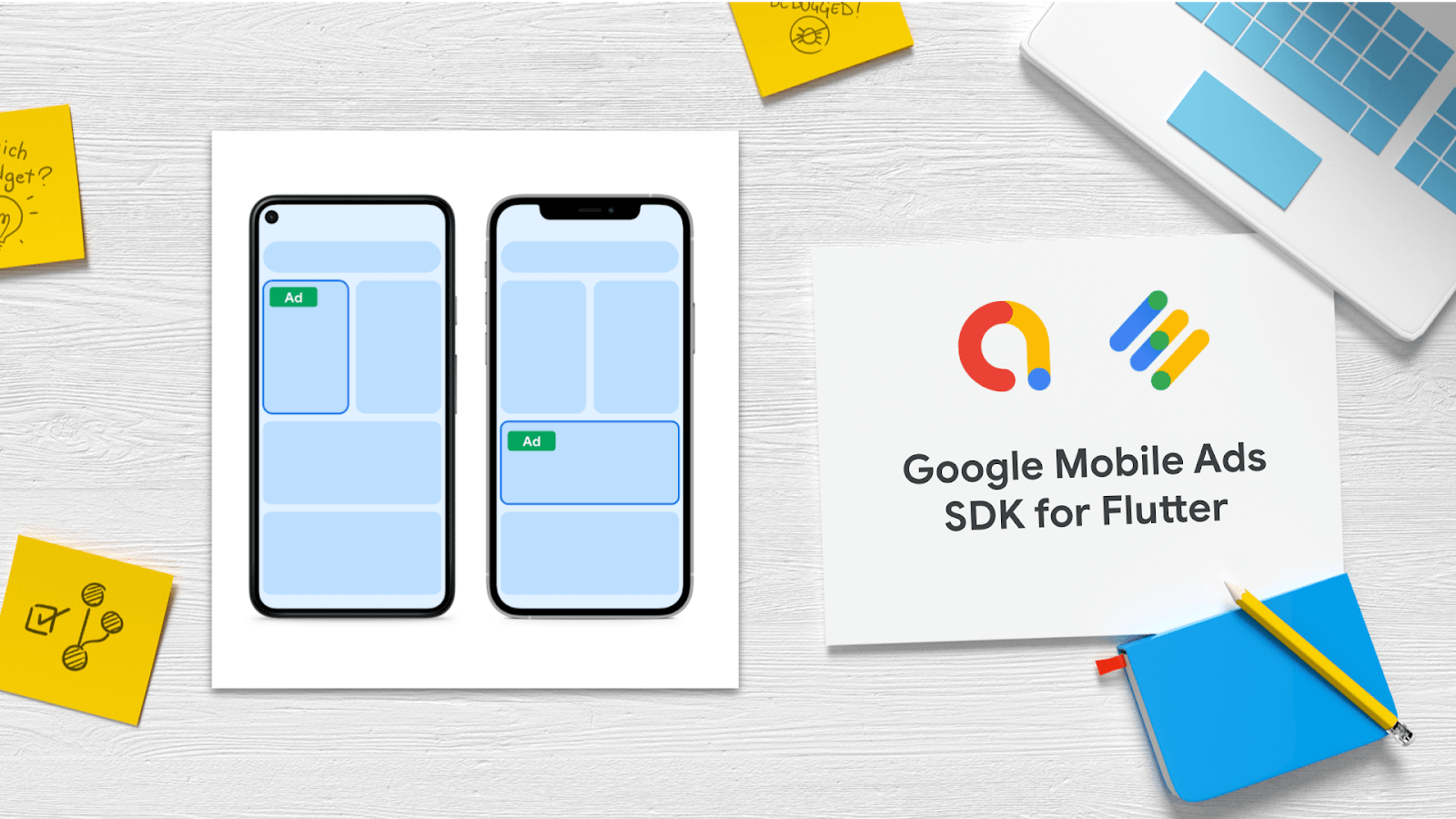 As Flutter desktop moves to beta, the Flutter team has declared an open beta for Google Mobile Ads SDK for Flutter v2.0. This is a shiny new module that gives inline banner and local promotions, in addition to the current overlay designs (overlay flag, interstitial, and rewarded video advertisements). This module brings together help for Ad Manager and Admob, so regardless of what size publisher you are, this module can be custom fitted to your situations.

The team has been steering this module with a portion of the initial clients in a private beta program, and a considerable lot of them have effectively dispatched their applications with these new arrangements.

Since the team proceeding to build the quality of help for different stages, don't believe that they are failing to remember iOS. Indeed, this release carries with it 178 PRs combined that are iOS-related, including 23495, which carries State Restoration to iOS, 67781, which satisfies a long-standing request to assemble an IPA directly from the order line without opening Xcode, and 69809, which refreshes the CocoaPods version to coordinate with the most recent tooling. In addition to this, a couple of iOS gadgets have been added to the Cupertino plan language execution.

It is recommended to pass a ValueChanged<String> to both onChanged and onSubmitted parameters in order to be notified once the value of the field changes or is submitted by the keyboard:

Likewise, the ScaffoldMessenger was made to manage various SnackBar-related issues, remembering the capacity to easily make a SnackBar for reaction to an AppBar activity, making SnackBars endure between Scaffold changes, and having the option to show SnackBars toward the completion of an asynchronous activity, regardless of whether the client has explored to a page with an alternate Scaffold.

To clarify that DevTools is an apparatus that is supposed to be to be utilized for troubleshooting your Flutter applications, it has been now renamed to be Flutter DevTools when it's investigating a Flutter application. Additionally, the Flutter team has done a ton of work to carry it to production quality worthy of Flutter 2.0. This new element that encourages everybody to focus on our issues even before we have dispatched DevTools is the capacity for Android Studio, IntelliJ, or Visual Studio Code to see when there's a typical exemption and offer to bring it up in DevTools to assist us with troubleshooting it.

Pressing that button brings you right to the Flutter Inspector in DevTools on the gadget that is causing the trouble so you can fix it. It is only done for layout overflow exceptions yet it will incorporate this sort of dealing with a wide range of common exceptions for which DevTools can be the solution.

Whenever you have DevTools running,  new error badges on the tabs help you track down explicit issues in your application. Another new component in DevTools is the capacity to easily see a picture that is at a higher resolution than it's shown, which assists track down exorbitant application size and memory use. To enable this element, enable the Invert Oversized Images in the Flutter Inspector.

The Flutter extension for Visual Studio Code has been developed for Flutter v2.0 too, beginning with various testing upgrades, including the capacity to re-run just failed tests. After two years of being developed, the LSP (Language Server Protocol) support for Dart is carrying out now as the default approach to get to the Dart analyzer for combination into Visual Studio Code for the Flutter extension.

The LSP uphold empowers various enhancements for Flutter app development, including the capacity to apply all fixes of a specific kind in the current Dart document and to cause code completion to produce total function calls, that include parenthesis as well as required arguments.

We all know how important Dart is to the core structure of  Flutter. With Flutter 2.0 we see a

significant change in the core structure of Flutter v2.0, aligning it closer to what its makers initially planned.  This refreshed version is intended to improve customer-side development of events and show off the advantages of strong mode. Dart 2 additionally vows to make it simpler for clients to report issues and get those issues settled.  The salient features of Dart 2.0 are:

Dart FFI and integration with c libraries: Dart FFI empowers you to use existing code in C libraries, both for better convenience and for coordinating with highly tuned C code for performance-critical operations.

Non- nullable by default:  In Dart 2.12, null safety is an opt-in feature that allows you to depend on packages that are null safety enabled.

Passing structs by value: with Dart 2.12, you can now pass structs by both values in C code and by reference. 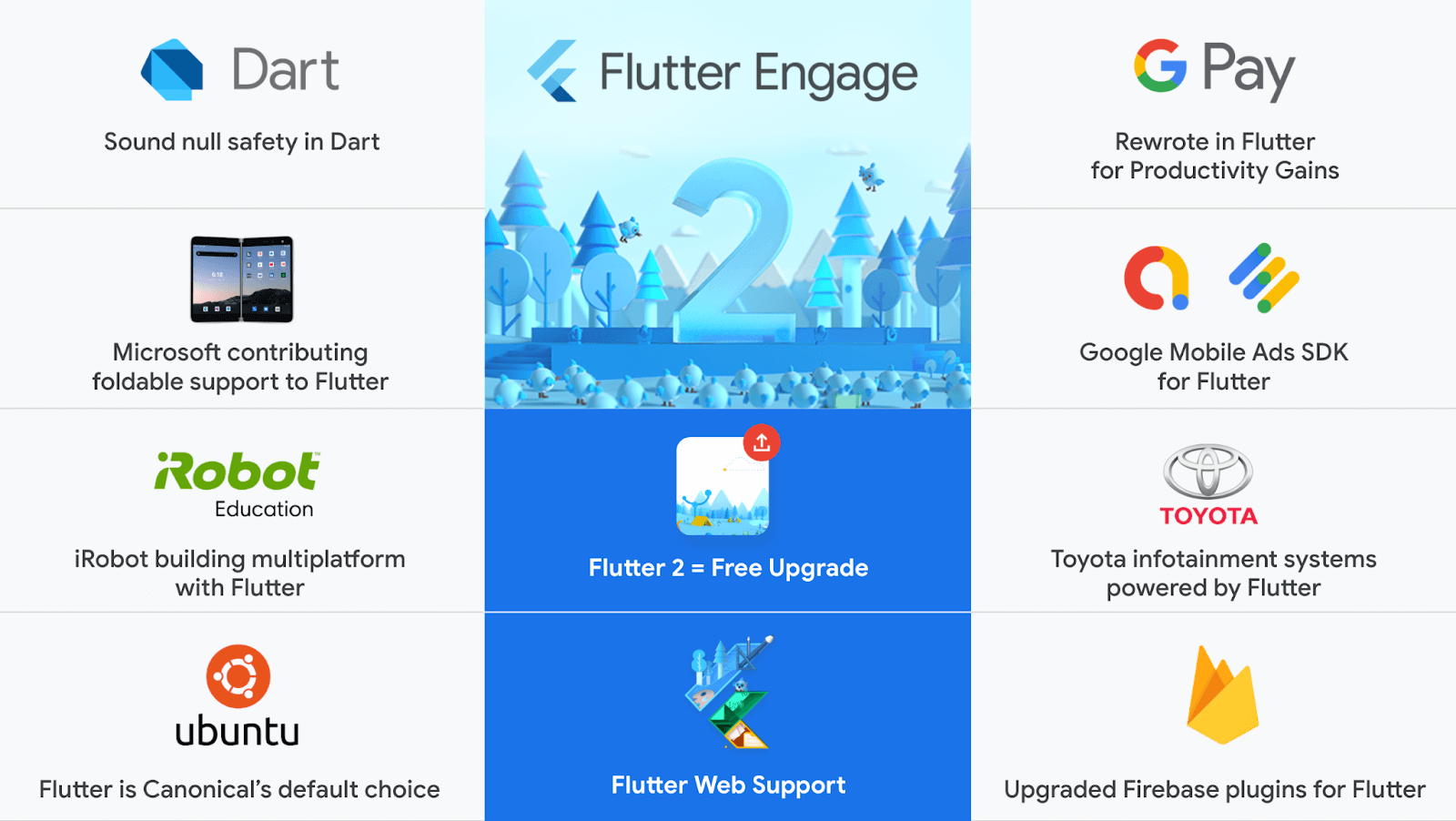 The Flutter ecosystem has brought in a big change for the mobile and desktop platforms. Flutter version 2.0 is available and it’s out for you to try. From larger screens support editing with desktop to small-screen experience it is a tailored-fit platform that every Flutter app development company is going to pursue.

Read more: How Much Does Flutter App Development Cost In 2021